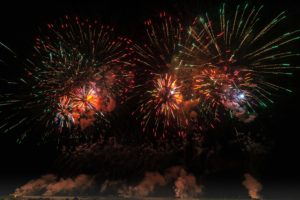 Loving this description of the elusive “Qi” from Dr Daniel Keown’s book “The Spark in the Machine.” A Western Medically trained MD, Dr Keown subsequently spent time in China studying under a revered practitioner of Acupuncture and Chinese Medicine. He has a quite exciting way of breaking down the processes of the body that we can easily take for granted. In fact I’ve been geeking out on the electrical quality of collagen, the nature of fascia and the very cool mitochondria living in each and every one of our 11 trillion cells. Wow!

The following quote comes after the author describing the concept that “Qi is the energy produced by each cell, the binding force between those cells and the work they produce: the sum of all metabolism.” He goes on to explain:
“Qi is more than merely cellular metabolic energy; it is developmental energy, cooperative energy.”…

“If a football team analogy was used, then Qi would be both the energy of each player and the invisible bonds that bind the team together. These bonds may be sounds (i.e. words and commands), meaningful glances, understanding, or even that certain je ne sais quoi that brilliant teams have; but what these bonds have in common is that they are ephemeral and mainly invisible. Football teams train for hours, days, months, years…even decades to build up this rapport, yet if you asked the manager to show this “Team Qi” then he would shrug his shoulders and tell you watch them play.

Yet without this energy the team is impotent. You could place the 11 greatest players of all time on a pitch, and without the invisible energy of team-ship they could be beaten by a well-organised pub team. The same is true a trillion time over for the greatest team of all, the 11 trillion cells that make up ‘Team You’.

This is why Qi is so important, because it is unifying rather than reductionist. There is no equivalent concept within Western medicine and this is one reason why it opens up avenues of healing that do not exist (or are not consciously cultivated imo) in the West.
If Qi is intelligent metabolism – team metabolic – then what would Qi consist of in Western science? Which forces in the body would create it? It would have to be a product of cellular energy, organ energy, and then, most importantly for Acupuncture, the energy of communication and of intelligent cooperation.”